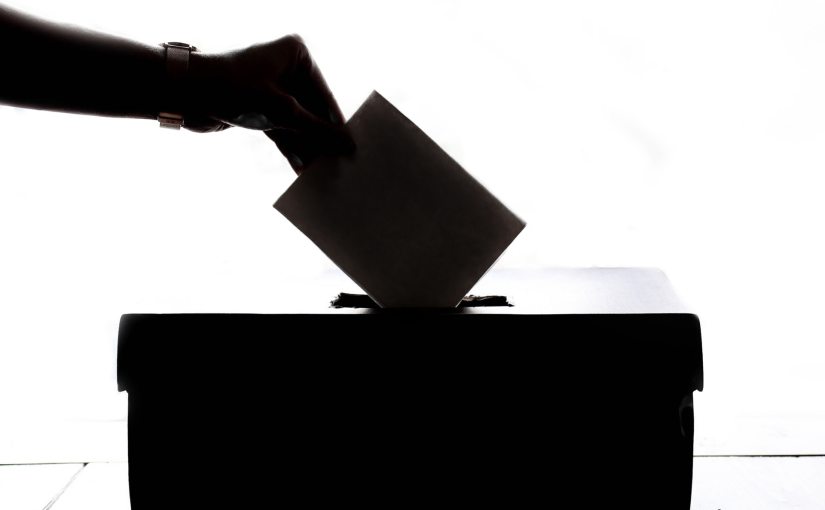 So. Where do we stand this morning?

Counting continues in Arizona, where it seems like Biden’s still going to keep that state, but Trump’s narrowing the margin.

Georgia’s slicing things so goddamn thin nobody even knows, y’all, but it looks like both Senate races there are going into runoffs in January (Raphael Warnock [D] vs. Kelly Loeffler [R] and David Perdue [R] vs. Jon Ossoff [D]), so we still have the teeniest shot at taking the Senate.

Pennsylvania’s also still counting. Trump’s still in the lead, but that lead is narrowing, and a lot of the votes they have left to count come from blue areas.

One other quick thing to point out: Trump’s actually been pretty quiet on Twitter, but if you go look at his account, you’ll see that almost every other thing he’s tweeted has had Twitter’s “election misinformation” warning label slapped on top of it. And I know we’re all used to this now and it feels normal, but it is wild that nearly everything the President of the United States has tweeted since the election has had to have a warning label for being bullshit.

🧵 While we await results, here’s a really cool Twitter thread about the Black Belt, voting in the South, and the Cretaceous-era American coastline.

Two of Trump’s lawsuits to stop vote counting have been tossed out already today.

I wrote about three Trump campaign lawsuits in Georgia, Michigan, and Pennsylvania.

The piece published at 6:30AM.

Over the last few hours two (GA, MI) have been thrown out by judgeshttps://t.co/ZTmEdsGzTl

Some Fox News douche is allcapsing on Twitter to demand faithless electors give Trump the presidency. Yeah, I wouldn’t hold my breath on that one, buddy.

Nothing official yet, but Nevada’s looking pretty Biden-y.

HERE'S WHERE WE ARE:

Washoe only has few thousand provisionals left — should be a wash.

That leaves Clark and tens of thousands of mail and provisionals. Little chance Dems lose there.

And a quick update on Georgia.

As of 12:45 p.m. ET, there are approximately 50,401 ballots still outstanding across Georgia, according to Secretary of State Brad Raffensperger.

This is a real graphic that appeared today on CNN. Yes, that is the real statement by Trump. He issued that statement today via press release because Twitter is slapping warning labels on almost all his tweets.

So far, no major updates.

There’ve been two instances of voter fraud getting caught, one in Pennsylvania and one in Nevada. Both of them were Republicans trying to vote twice. The gal in Nevada tried to claim her mail-in ballot was stolen and so she wanted to vote in person, but due to security reasons, to, y’know, prevent voter fraud, she wasn’t allowed to. She was offered a provisional ballot, which she turned down. The guy in Pennsylvania tried to vote on behalf of his dead mother.

In more entertaining news, Raphael Warnock, one of the Democrats in Georgia who’s heading into a runoff for a Senate seat (against Kelly Loeffler), released this kickass campaign ad.

Get ready Georgia. The negative ads against us are coming.

But that won’t stop us from fighting for a better future for Georgians and focusing on the issues that matter. pic.twitter.com/VN0YIA02MG

This press conference from Trump is just about the saddest shit, guys. He’s just in here dully reading off a fact sheet someone handed to him. Barely even looking up.

He’s trying to push this “party of the people” thing the GOP has been test driving the last few days. Also he’s claiming Republicans are the party of inclusion, which, 🤣😂🤣😂🤣😂. Sure, okay.

Media polling is election interference, apparently. Because they were phony. Also fake. And phony. And voter suppression, somehow? Also wrong. Polls were bad, folks, mkay? He goes on at some length about that.

He complains about how the Democrat states are screwing him out of winning by counting mail-in/absentee ballots. I mean, I could talk about why it worked like that but we already know and the magacultists won’t listen, so…

He whines about his court cases for awhile. I haven’t paid enough attention to those to know where he’s lying because the election lawsuits have been pretty baseless so far.

He outright accuses Democrats of stealing the election, namechecking Philly and Detroit as particularly “corrupt.”

It’s really hard to take his accusations seriously, though, because he’s so beaten down as he talks. Staring at his fact sheet, mumbling, quiet, rambling aimlessly through the details. I assume it’s a combination of defeat and sedatives.

He goes on at considerable length about the “corrupt Democratic machine” stealing the election from him and how they wouldn’t let him have poll watchers, which is obviously a lie, and also those weren’t poll watchers, those were an armed mob.

He spends his time at the end of the statement crying about “mystery ballots” and “legal” or “illegal” ballots and “secret rooms,” none of which is true. Trump believes that any ballot cast for Biden is an illegal ballot, which, no, obviously.

One reporter yells “Are you being a sore loser?” as Trump zips out of the room, and that dude is fantastic.

And Anderson’s had enough of this shit, too, I see. 😆