I mean, that’s why I voted for him?

Trump just debuted a new attack line against Biden: “He wants to listen to Dr. Fauci.”

I want a president who’s dealing with a global pandemic to listen to scientists and doctors. 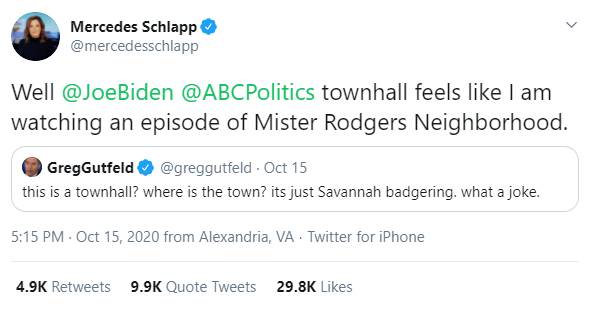 I want a president who sounds kind, empathetic, and educational.

And, to end on a bit of a tangent, here’s SNL making fun of Biden by casting him as Bob Ross and Mr. Rogers like I wouldn’t vote a Bob Ross/Mr. Rogers ticket so hard it would count for the next three elections. 🙄

Sorry, no comments here. They attract spam and bad actors, and they’re a PITA to moderate. Talk to me on Mastodon, Tumblr, or Twitter, instead.