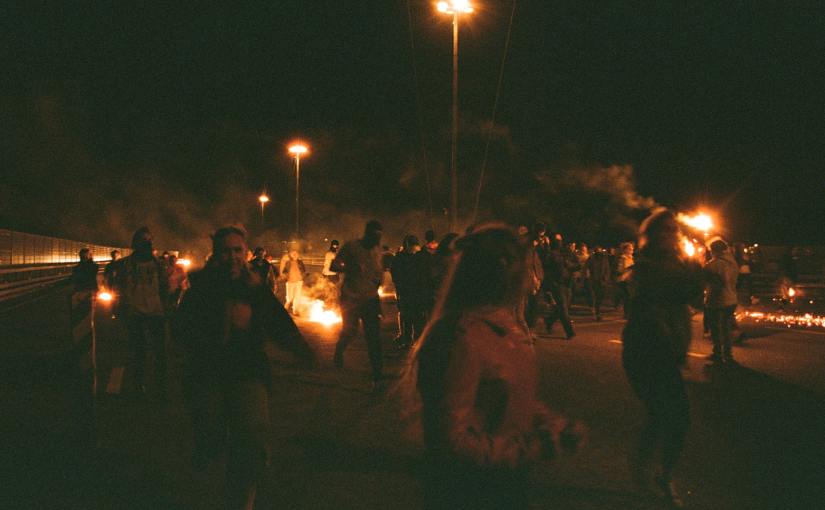 See, here’s the thing about the protests, and the rioting and looting: What else do you want people to do? They tried peaceful protest. They tried organizing. They tried asking politely. They tried voting. None of it’s working and no one’s listening. What the fuck else are people supposed to do to get their message heard?

When the message you want heard is “My sports team just lost,” maybe a riot is a step too far.

But when your message is “State, county, and local government employees are murdering us in the streets in broad daylight for no reason and reliably getting away with it on a regular basis, please make that stop,” that just might be the kind of thing that warrants a riot.

Here’s another thing: The protests? Actually have been mostly peaceful. It’s just that our media is concentrating on the “riots” instead of the hours and hours of peaceful protest that preceded them. And a lot of the “rioting” and “looting” you’re seeing? Caused by cops sucking at their jobs to a degree that’s baffling to anyone with any common sense.

Also, how the hell do you think a riot happens, anyway? You think people organize a riot? You think people are getting evites saying, “Please join us in downtown Minneapolis at 5pm this Friday evening for a very special riot event. Casual dress encouraged. BYO gas masks and bricks”?

No, obviously, of course not. Riots happen when a group of people, united by a common cause, identity, and location, are pushed to a breaking point. So if you’ve got a group of people who are rightfully furious at cops, and then you add in a bunch of cops who proceed to tear gas, beat, mace, and shoot up the protest, then hey, congratulations. You just caused a fucking riot.

Riots are not a natural, normal event. You can tell by how we’re not wall-to-wall riots 24-7, but there are protests all the time.

The real problem here, the thing you should be really mad about, are the cops. Yeah yeah, I know your arguments. “Not all cops” and “blue lives matter” and “it’s just a few bad apples” and fuck these bullshit arguments.

Until then? “Good cops” are just a fairy tale white people tell themselves to justify not getting involved in this.

Join a protest. If you don’t feel safe/able to join a protest, donate some money. Here’s a whole list of places where you can do that. Call your electeds and demand police reform, state your support for the protests, and demand that your elected oppose Trump’s fascistic agenda.