Well, the Iowa Democratic Party managed to completely shit the bed at their caucus last night. 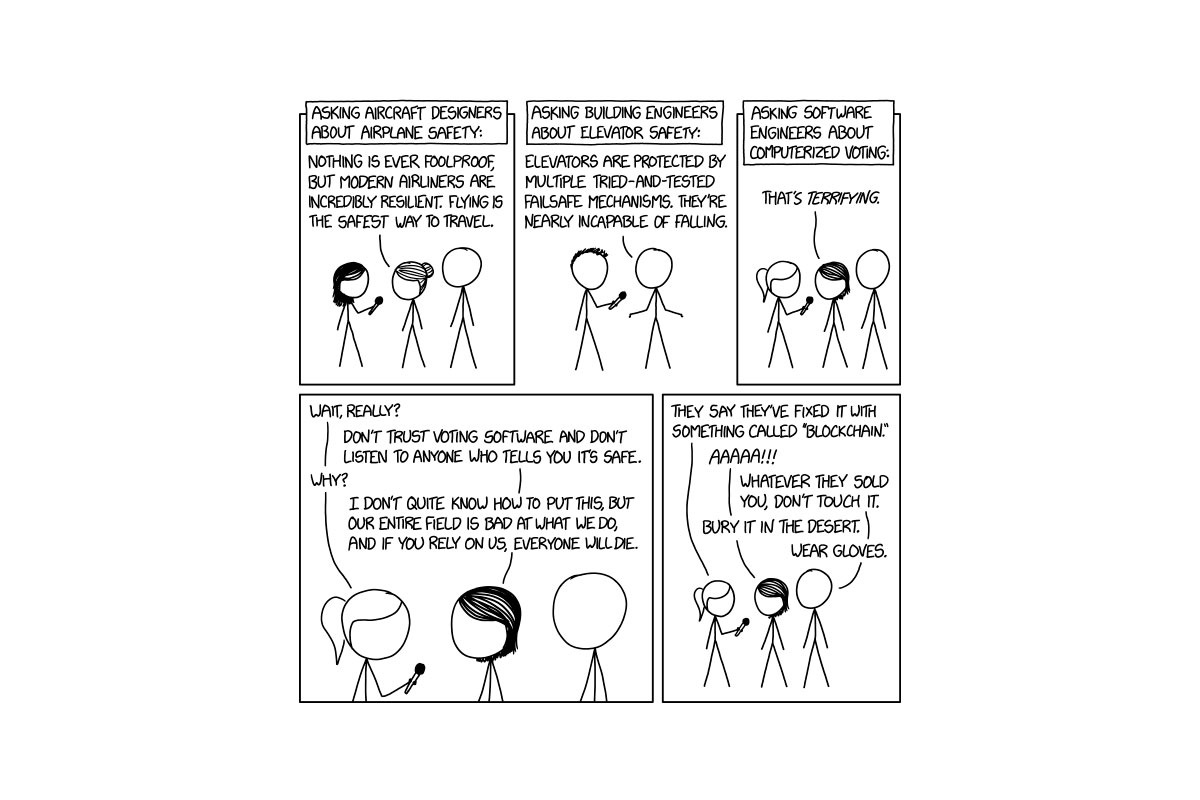 Well, the Iowa Democratic Party managed to completely shit the bed at their caucus last night.

I’m actually impressed. You have to work to fuck up that much all at once. That doesn’t just happen, people. You have to really commit to doing absolutely everything wrong to make this big a mess of something you’ve been doing for like 200 years.

No one seems clear yet on what all actually went wrong last night. Most of the trouble seems to revolve around an app that Iowa precincts were supposed to use to submit their caucus tallies to the Iowa Democratic Party’s headquarters. Which was, for the record, a wholly bad idea from the outset.

Guys. Smartphones are not in any way, shape, or form secure. Apps are all uniformly garbage.

FFS, I can’t even get the Facebook app, which has been in use by millions of people around the world for several years, to reliably post a photo to my newsfeed. And someone wanted to use a brand new baby app that no one tested to count votes or whatever?

What the actual hell. Whoever had that idea should be slapped. And then fired.

And that’s not even to mention that apparently Iowa changed their caucus procedures fresh for this year and made them even more complicated, and then didn’t practice with them or decently train people in them.

And then! And. Then. The Iowa Democratic Party handled the debacle in absolutely the worst way.

Instead of just coming straight out with things and being like, “So, that app everyone warned us not to use is trash and isn’t working the way we want, so now we have to do everything by hand and y’all are just gonna have to wait while we count stuff,” they were all coy about it and tried to play their cards close to their chests. Which, of course, led to just everyone spawning wild conspiracy theories about the Iowa caucus.

Oh, and of course, there’s the fact that the caucus method is a bullshit stupid way for 3 million people to pick a presidential candidate. Seriously. Just go cast a ballot like sensible people do.

For the record, we still don’t have results as I write this. 🙄

Image credit: xkcd, Voting Software. (CC BY-NC 2.5) Comic alt-text: “There are lots of very smart people doing fascinating work on cryptographic voting protocols. We should be funding and encouraging them, and doing all our elections with paper ballots until everyone currently working in that field has retired.”