And, y’know, it was about what I expected. Nothing too wild went on. 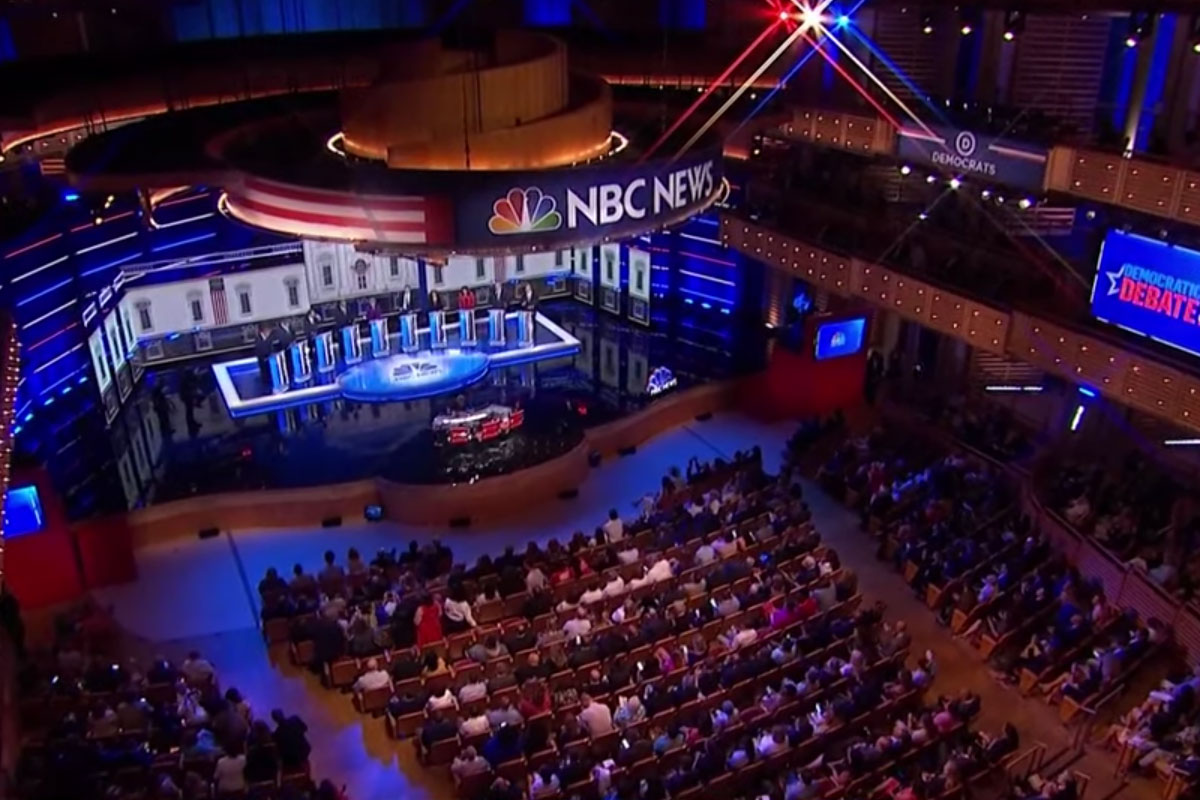 And, y’know, it was about what I expected. Nothing too wild went on. Warren and Booker did pretty well. Beto not so much – he came off as nervous and kind of high-school-debatey to me. Also, standing on a stage with Warren and Julian Castro made Beto look just really unprepared.

Speaking of Castro, he did a pretty good job last night, too. He caught my attention when he first announced, but then I didn’t hear much else about him. He came ready to play last night, though, and did a solid job of getting himself noticed.

There were three shouty old white dudes on stage and one of them was Bill de Blasio, mayor of New York City, so they were there. Meh.

Klobuchar did all right, I guess. She’s too moderate for me, though. I’m tired of moderate, centrist Democrats. This whole “play the middle, let’s try to make everyone happy” bullshit… I mean, it doesn’t make anyone happy. I’m not here for it. Like, I don’t hate Klobuchar, but she doesn’t really catch my interest, either.

Oh! Wait! There were four shouty old white dudes! The fact that I had gone on for another whole paragraph then stopped to add up the names in my head before realizing I was missing one tells you about how interested I am in shouty old white men this election, right? Anyway, the fourth guy was Jay Inslee, governor of Washington, and he was there to stump for climate change, mainly.

Last and definitely least in my opinion was Tulsi Gabbard and as far as she goes let’s… let’s just not. Like, nothing I’ve heard about her makes me happy. Don’t make me vote for her, okay, people?

Out of last night’s roster of Dems, Elizabeth Warren (for whom I intend to stan), Cory Booker, and Julian Castro most had my interest. I think policy-wise I’m most into Warren – she’s not here to fuck around, folks. She’s all in on my favorite hobby horses. I also like that she has capital-P Plans for things and isn’t scared to talk about them.

I like Cory Booker, but I also think he’s very into spreading his own hype and PR, and that concerns me. I worry that he’s a lot of flash and not much substance. Julian Castro had some interesting stuff to say about immigration, which caught my attention. I’m not up enough on the various policies to have an educated opinion and some of the wonkier aspects of what he talked about, but I did like the idea of decriminalizing immigration violations.

We’ve got, what, 20-some people running for the Democratic presidential nomination, and I know a lot of people are making “clown car” analogies about this, but keep in mind that a lot of these folks aren’t actually running for president. Some of them threw their hat in the race just to make sure their favorite policy gets talked about (Inslee and climate change, likely). Some of them (Beto, for example, probably) are running to ramp up their name recognition and drum up money that they can roll over into a senate bid. And still others are basically auditioning for a job in the next, hopefully Democratic, administration (I kind of wonder if this is Kamala Harris’ plan).

(Wait, what? Andrew Yang made it into the debates? JFC. I liked that guy a lot better before he started kissing 4Chan’s ass for name recognition. I mean, I think the idea of a universal basic income is worth talking about, but I have zero interest in Andrew Yang.)

Anyway, here’s how and where to watch, and all that fun stuff.