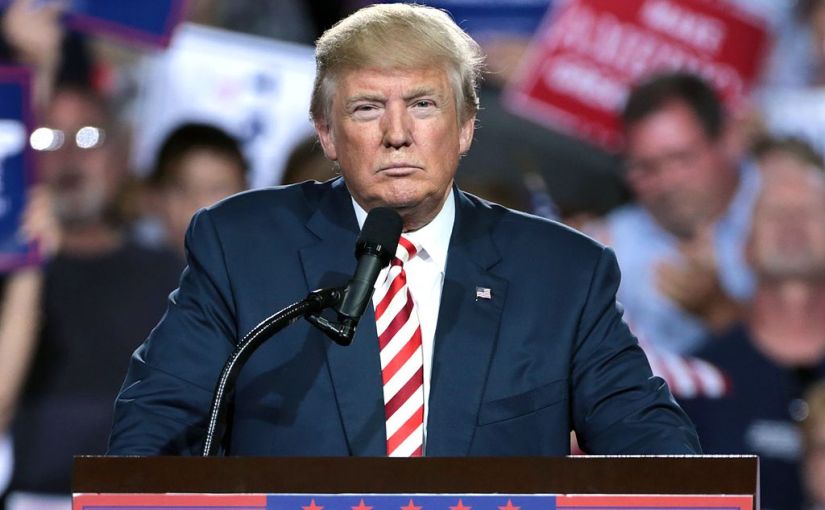 So, Pelosi and the Democrats were supposed to meet with Trump yesterday morning to talk infrastructure. Instead, Trump stormed in to the meeting, threw a temper tantrum, demanded that the investigations into him be shut down before he agreed to any infrastructure stuff, and then stormed out – to a press conference in the Rose Garden, where he had a little 10-minute meltdown in front of the press.

Then, later on in the day, the official White House Facebook page and Twitter posted these bizarre little quotes from Trump’s tantrum. 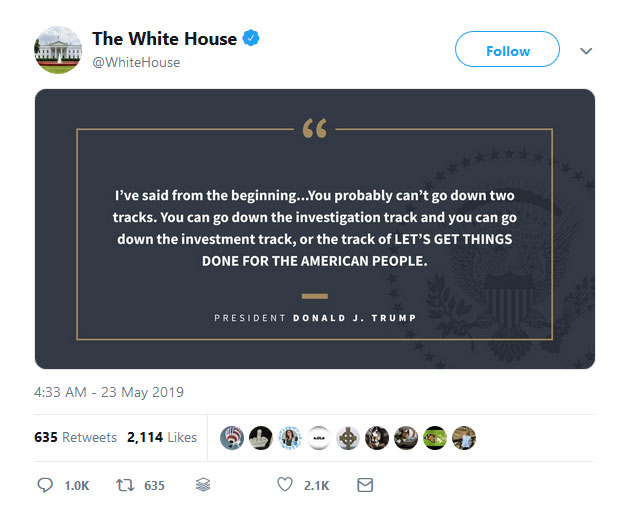 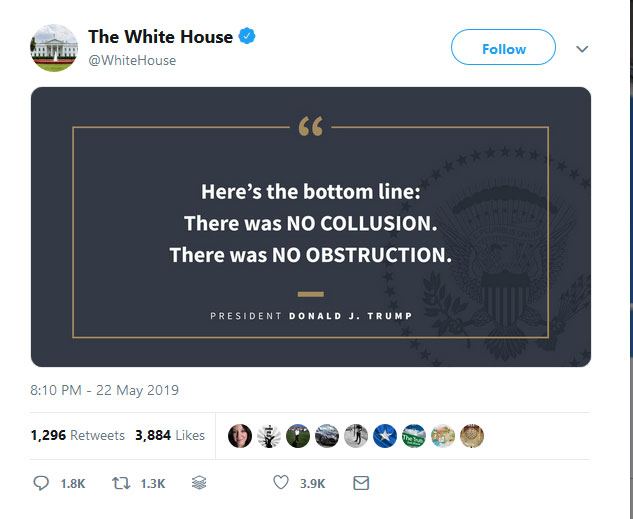 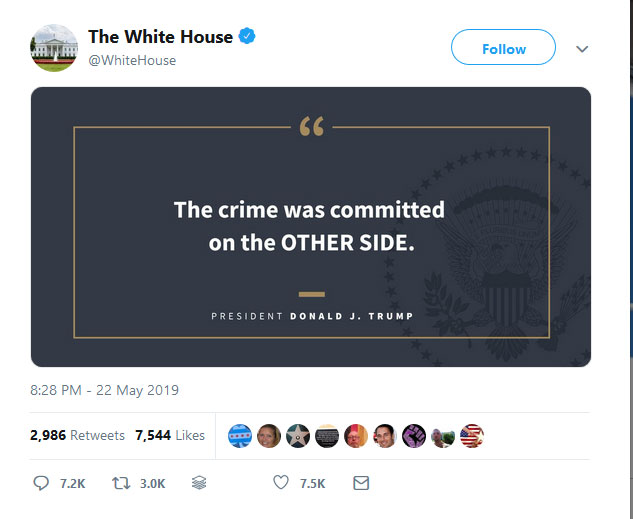 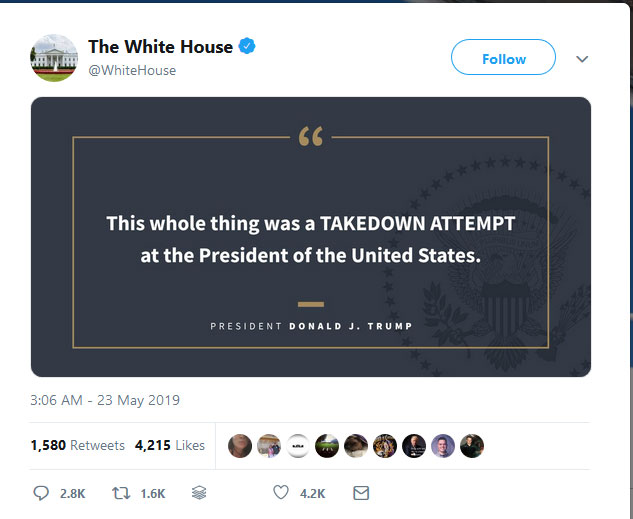 And I don’t understand how people see this and don’t instantly go, “Oh, shit, that’s not good. This is not the sign of a functioning administration or a well mind. We should do something about this immediately.” Like, there are people out there who think this is okay. I mean, not a lot of people, granted, but it concerns me.

Also, for anyone who’d like to have a bit of fun, you can snag a blank template here, from Parker Molloy. She’s using this font, which is pretty similar to the font the White House used.