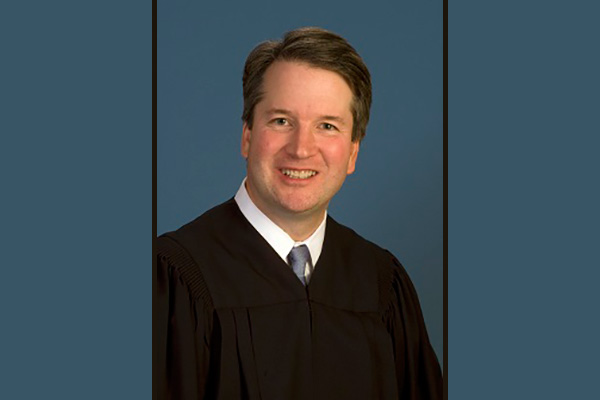 Okay, kids, this is it. The Senate is getting ready to vote on Brett Kavanaugh’s nomination to the Supreme Court this week.

Mitch McConnell filed a motion for cloture on the Kavanaugh nomination yesterday evening.

Cloture is a procedural thing. You file the motion, which needs the signatures of sixteen senators. Once the motion is filed, you wait two days to vote on it. If the motion passes a floor vote, then debate on Kavanaugh’s nomination is limited to 30 hours. After the 30 hours are up, Senators will vote to confirm Kavanaugh.

You can read about it in more detail here.

What all this means is that sometime this Saturday, the Senate will be voting on Brett Kavanaugh’s nomination to the Supreme Court.

Hi, my name is [name], and I’m a constituent from [location]. I would like to know how Senator [senator’s name] is voting on the Brett Kavanaugh nomination.

If No: Thank you. I believe Brett Kavanaugh is unfit for a seat on the Supreme Court. Please tell Senator [senator’s name] thank you for voting against Brett Kavanaugh’s nomination.

If Yes: I ask that Senator [senator’s name] oppose Brett Kavanaugh’s nomination to the Supreme Court. Brett Kavanaugh has perjured himself in testimony to Congress, displayed an aggressive and partisan temperament that makes him unfit for a seat on the Supreme Court, dodged questions about his questionable finances, has advocated and ruled against the interests of women, people of color and the LGBT+ community, and is facing credible allegations of sexual assault. He is unfit in every way for a seat on the Supreme Court.

Thank you for your time and attention. [end call]

If leaving a voicemail: Remember to leave your full street address to ensure your call is tallied, and if you want a response, leave contact information.

These are crucial senators, so if they belong to you, get ready to work.

Jeff Flake is likely a firm yes on Kavanaugh, but when you call him, be ready to shame him for his stance.

Heidi Heitcamp and Joe Manchin are Democrats in red Senate districts and they’re wavering towards “yes.” Get on the phone. Get to their offices. Hold their feet to the fire.

Lisa Murkowski and Susan Collins are Republicans who have voted against the party line in the past, have expressed doubts about Kavanaugh, and have been facing a lot of anti-Kavanaugh sentiments from their constituents. Get on the phone. Get to their offices. Hold their feet to the fire.

What Else Can You Do?

I’m going to be honest with you. It’s more likely than not that Kavanaugh will be confirmed to the Supreme Court. And once he’s there, it’s basically going to be impossible to get rid of him.

In theory, Congress can impeach a sitting SCotUS Justice. However, doing so would require an astronomical amount of political will and capital. It is extremely doubtful that the Democrats, even if they were able to take the Senate back in the midterm elections, would be able to manage it.

That doesn’t matter. This is one of those fights that you take all the way to the bloody, bitter, ugly end, even if you lose. Because there is no other moral option.

Brett Kavanaugh is a liar who wantonly perjured himself in testimony. His finances are shadier than the dark side of the moon. He’s aggressively partisan. He’s facing credible allegations of sexual assault, and there’s a better than average chance that he’s a rapist.

He believes women, non-white, and LGBT+ people don’t deserve the same basic rights as everyone else. He will work to take rights away from those groups.

In every way, Brett Kavanaugh is unfit for the Supreme Court of the United States. The only reason he’s gotten this far is because a morally bankrupt and wildly corrupt political party has used their power to ram him through to a seat on the court to further their own ends.

So you fight. You take it all the way to the mat. And if we do lose? Then you get up, dust off, and get ready to start lobbying for reform of the Supreme Court. Because this system is clearly broken beyond repair.