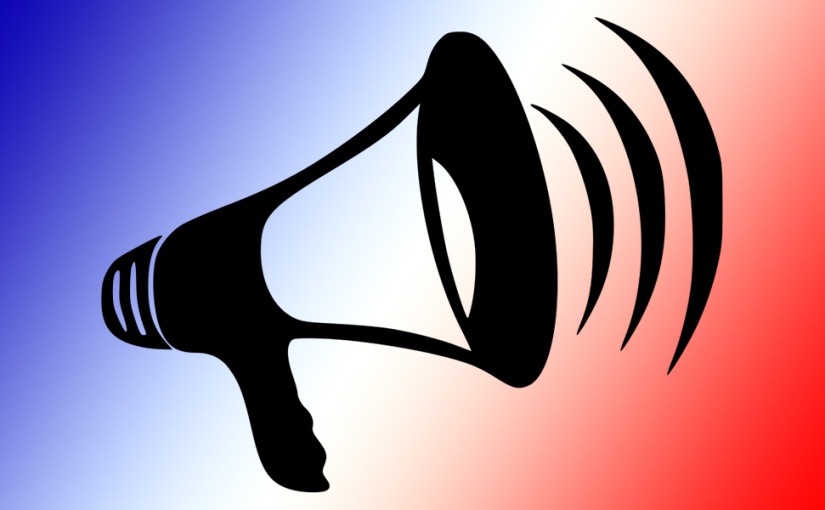 I feel like this one maybe got lost in all the brouhaha over Trump’s space fantasies yesterday, so here it is again.

The United States is stealing children away from families and holding them hostage in exchange for funding for a border wall.

The Trump administration is running concentration camps for kids.

This is a thing that is happening, right now, in the year of our lord 2018, in the United States of America, and that isn’t hyperbole or fake news.

Read these two articles, which come from Vox.com. Vox is a left-leaning but fact-based reputable news source. Vox doesn’t generally report the news; they explain it and put it in context. They’re very good at it, and I’ve found them to be reliable.

Families come from South America to seek asylum in the United States because their own countries are too dangerous to live in due to gang and drug violence, corruption, and other reasons. The legal way to do this is to go to a border point of entry and request asylum. However, due to the system being overtaxed and other issues, getting asylum granted can take roughly forever, if it ever even happens, and if you’re not turned away, which we aren’t technically allowed to do but we do anyway.

The illegal way to do this is to cross the border into the US illegally and turn yourself in to Border Patrol, where you’re interviewed and usually granted asylum fairly quickly. This is a federal misdemeanor which we traditionally haven’t prosecuted due to our asylum system being a great big hot mess anyway and the fact that, up ’til now, we weren’t monsters.

Back in April Trump, via Jeff Sessions, instituted a new policy of prosecuting people for seeking asylum in this illegal fashion. When people are prosecuted for this, if they have kids with them, which many of them do because they’re families seeking refuge, the kids are taken away from the families and put in a separate detention center.

The part about the family separation has been a thing for a long time. The part where we do it to people seeking asylum by crossing the border illegally is brand spanking new and entirely due to the Trump administration’s new policy.

Since instituting this new policy, nearly 2,000 children, mostly under the age of ten, have been taken from their families and detained either in camps or, rarely, in temporary foster care.

The system for keeping children was nearly overwhelmed before instituting Trump’s policy in April. Since then, the system is flooded and cannot keep up with demands. Children are being imprisoned in jail-like detention centers that, at least in some cases, resemble concentration camps where they’re held in cages that look like dog kennels with little more than foil “blankets.”

What Can You Do?

It’s common to feel helpless in the face of something like this, but there are concrete things you can do to help.

First, call your elected officials at all levels.
Call your local city government and ask them to pass a resolution condemning these actions. Cities can often talked into doing little gestures like this, which don’t actually amount to much, but if enough cities are doing it, you get some press. And press helps.

Call your state representatives and ask them to sponsor resolutions condemning this policy, or introduce legislation disallowing state resources being used to separate families. Contact your governor and ask them to sign such legislation or sign an executive action accomplishing the same thing. Some governors are already taking action.

Call your senators and representatives and ask them to take action. Remember that the Trump administration is basically using this situation to hold kids hostage in exchange for funding for a border wall, so be careful which bills you endorse to your senators and representatives. This bill seems to be pretty good. A few of the more popular bills bouncing around mostly just fund the wall without doing anything for the kids and families.

Donate to organizations that are trying to help.
Such organizations include, but aren’t limited to, RAICES and KIND. There’s also a list of organizations and a way to donate to them here: Support Kids at the Border.

Join a protest.
Nationwide protests are planned for June 30. You can find out how to join up at this link. (I got a browser security warning at that site but as far as I can tell everything is kosher. It’s probably just an issue with their SSL or possibly a conflict with a browser plugin I’m running and you won’t even see any warnings.) You can read more about the protests here: Nationwide protests against Trump’s family separation policy planned for June 30.

Use your words.
After you’ve called, because calling is the single best way to affect your senators and representatives and the first thing you should do, you can email your reps, write Facebook posts, tweet, and share good information across your social media channels.

The asylum seekers I met at Sheridan's federal prison on Saturday have been lumped together and then dumped into prison. Some have been separated from their families. This needs to stop NOW. #KeepFamiliesTogether pic.twitter.com/eiH13Rzl7i

Some have forgotten this. I have not.

The US Administration commissioned a study of the fiscal impact of refugees, but censored it because the net impact was: *positive*. Then it published the costs only.

Since the president is lying about this, I'll reiterate that we obtained internal CBP documents that show that ****91%**** of parents whose kids are taken away are being prosecuted for misdemeanor FIRST TIME entry.

Sen. Mazie Hirono: "Mr. President, have a heart for a change. Take that goddamn pen of yours and do away with this horrendous inhumane policy of yours that rips children from the arms of their parents." (via CSPAN) pic.twitter.com/Q8P6fyC92m

HHS just blocked us from entering its facility in Homestead, Florida to check on the welfare of the children being held here. They are obviously hiding something, and we are going to get to the bottom of this. pic.twitter.com/q4m6Zd0ck2

Mexican government reports that a 10-year-old girl with Down syndrome was separated from her mother. This is Trump’s America. @realDonaldTrump has to do something urgent about this case today.

Mister @realDonaldTrump it’s 4 PM est and a 10-year-old with Down syndrome is still at a detention center in McAllen, Texas, without her mother (as reported by the Mexican Foreign Minister). This is urgent. When are you going to do something about it?

Update on toddlers and girls: @HHSGov just offered me photos of facilities with girls and toddlers from 2016, long before zero tolerance was enacted.

I said no thanks.

Still trying to get in.

We still don’t have photos of or acces to any girls or toddlers.

"How do you submit the cries of innocent children to the Congressional Record?" .. @SenatorMenendez plays @ProPublica audio in Senate chamber.. pic.twitter.com/jPcorrBBiQ

At the Hidalgo Bridge. A few weeks ago, the Trump Administration essentially stopped families seeking asylum from crossing at this legal point of entry. Left people stranded for days without food and water. So many then crossed the river, were arrested and had children taken. pic.twitter.com/iHCDevS1A1

Children must be able to play, study and grow in a peaceful environment. Woe to anyone who stifles their joyful impulse to hope!

So somewhere inside CBP/DHS there’s some memo instructing CBP officers at ports of entry to tell people they’re full and to come back. I’d love to see that memo.

Watch the head of ICE pause when asked by @wolfblitzer if the policy of separating children from their parents is humane. https://t.co/gX0UN7dnrW pic.twitter.com/W4rhUjiO0g