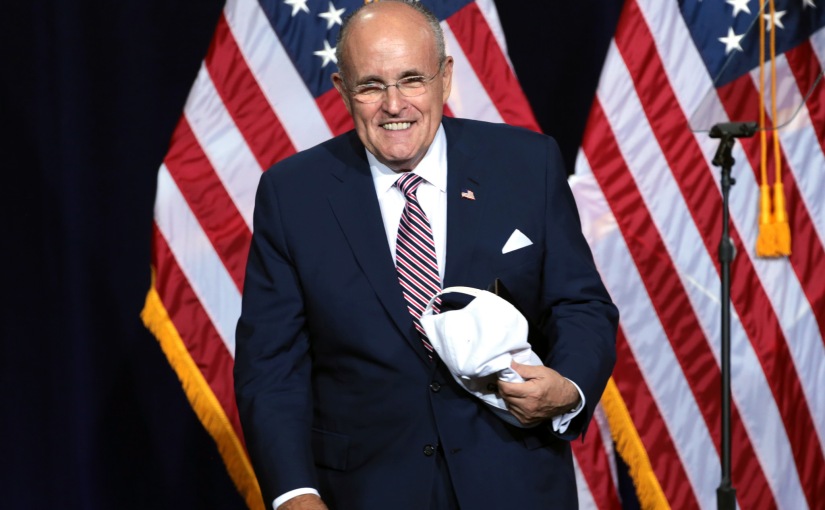 “Of course we have to [be aggressive in these attacks] to defend the president. We’re defending … um — to a large extent remember, Dana, we’re defending here … It is for public opinion. Because eventually the decision here is going to be impeach or not impeach. Members of Congress, Democrats and Republicans, are going to be informed a lot by their constituents. And so our jury is — as it should be — is the American people. And the American people, yes, are … Republicans, largely, independents, pretty substantially, and even some Democrats now question the legitimacy of [the Mueller investigation].”
– Rudy Giuliani, CNN’s State of the Union, via the New Yorker.